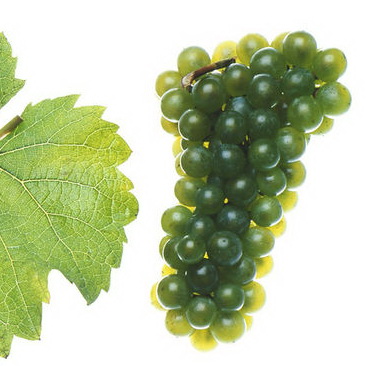 Many would say Riesling is the best wine grape in the world. It is certainly one of the Great Whites.

German Riesling is nearly never ever are dry as Austrian Riesling, even when they call it Trocken

Vineyards cling to the banks of the river. The steepest valley slopes make the best wine, and mankind has found the best spots over the centuries. The region has many unique sites and styles. In general, however, the wines are characterised by a minerality and citrus acidity derived from the slate soils. The fruitiness is more exotic and, with age, come the animal/mineral notes often tagged as "petrol" (when milder, often more beeswax or paraffin).

Our reference for the Mosel is Patrick Philipps in Graach. Taste his Auslese and know this is what Riesling should be.

Riesling is fussy about where it is planted but it thrives on many outstanding sites in Austria. Fine Rieslings are typically fully dry and substantial, yet have a raciness and delicacy that is second to none. The minerality in these wines is also very distinctive. Austrian Riesling is more focused, sharply mineral, very fresh when young. The "peaches and roses" side of Riesling comes out.

We have many fine Rieslings from Austria. Wachau's Leo Alzinger is legendary world wide. The Waldschütz Rieslings are possibly the best wine for your money in our entire catalogue. Diem's Rosenhügel is a masterpiece of subtlety. Buchegger makes warm filling Rieslings - and there are a few more to explore.

Riesling wines can be highly aromatic with apple, peach and pear at the forefront, mixed with delicate floral undertones and often honey and spice on the nose. On the palate, Rieslings echo the apple, pear and peach along with citrus and tropical nuances. Rieslings tend to pick up a noticeable "minerality" from their native soils.

Riesling, through DNA data, appears to be a cross between Gouais Blanc and an unknown relative of Savagnin. Riesling seems to have originated on the north bank of the Rhine in Germany where we find its first mention in a document dated 1435.

Up to the early 20th century Riesling and Sylvaner were often confused with each other. If you buy an ancient bottle you can't be sure which it might be. After the 60s, you're OK.