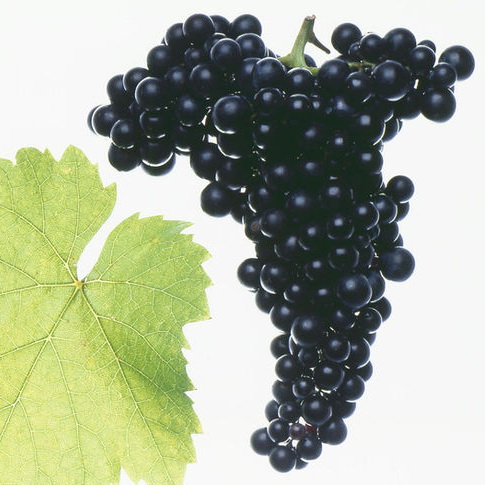 The Blaufränkisch grape is grown throughout eastern Europe but many of the best Blaufränkish wines are from Austria where it makes a fruity and spicy red wine that is graceful, powerful, complex with a refreshing acidity. Blaufränkisch has Pinot Noir's versatility - it can be made as rosé, a light and fruity red, clean and well bodied or aged and oaked. Thanks to the acidity and tanins it ages exceptionally well.

In Germany Blaufränkish is typically called Lemberger and in Hungary it is called Kékfrankos.

Our Blaufränkisch wines mostly come from great producers in the Austrian Burgenland region which has an ideal climate for Blaufränkisch. Our reference Blaufränkisch would be Gunter & Regina Triebaumer but we offer a wide choice of styles and terroirs so you can explore Blaufränkisch in all its facets. For example, Kiss is dense and mineral, Heidi Schröck's will show fruit and crystalline purity while Alex Schreiner makes it in an almost Italian style. We can offer a small selection of cult Blaufränkisch on occasion. We also sometimes have Kékfrankos from Hungary.

Pick yours, or scroll down to learn more.

The name Blaufränkisch comes from the Middle Ages & the late Holy Roman Empire. Back then it was fashionable to think that everything good came from the original emperor, Charlemagne, and everything lesser came from the local Germanic/Eastern stock. So everything was classified into "Frankisch" and "Hunnisch".

Blaufränkisch, being a much favoured grape, was declared "The Quintessential Frankisch Wine".

It was of course, an early example of marketing, as ironically, DNA analysis has proven it was very much a local hunnish grape.

PS: In Germanic traditions the grapes are named on what colour they look like when ripe, rather than the colour of the wine they make. Hence most of the red wine grapes are called "blue", as they look blueish in the vineyard. In French traditions, they use the same logic and call the red grapes "black" (if you wipe the blue grape clean, it is black underneath).

It is not known precisely where Blaufränkisch originated, but through DNA profiling it can be narrowed down to Austria, Hungary or Dalmatia.

Blaufränkisch is a child of Gwäss and a parent of Zweigelt and Blauer Portugieser amongst others. It has a seriously good lineage (juiceline?).