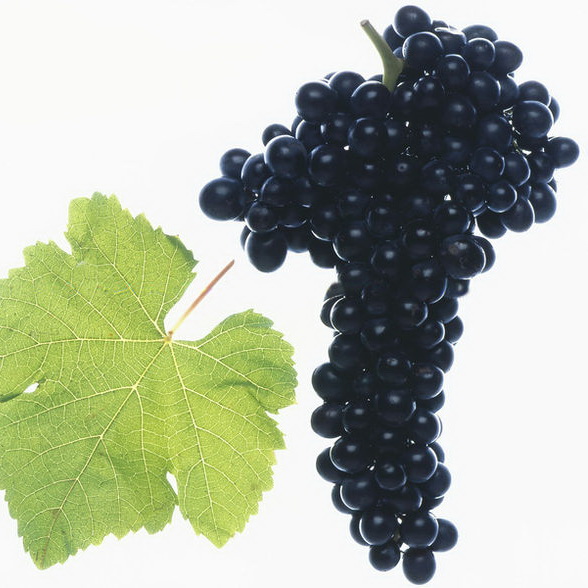 Syrah is at home in the Western Alps and along the Rhone, and probably was born on the western slopes of the pre-Alps.

Since 1980, Syrah has increased dramatically in popularity, but surprisingly, it only became one of the top ten planted wine varieties in the early part of the 21st Century, thanks to the intense New World versions.

The style and flavour profile of wines made from Syrah is influenced by the climate where the grapes are grown. People are familiar with the New World and the French Rhone climates, but in Switzerland Syrah has found another home higher up the Rhone.

Syrah came up the Rhône to Switzerland multiple times, the last time in the 1960s. In the Swiss Alps an intensely sunny but cooler climate, and a long growing season, allow for the full range of flavours to come out - without high levels of sugar and alcohol.

Beautiful fruit, expressive tannins and flavours of blackberry, mint and black pepper notes. And a freshness which makes them age with more elegance.

Syrahs such as Germanier's Cayas, Simon Maye's Reserve, and Didier Joris are rightly famous in Syrah circles. And yes, we have all of them, although they disappear fast.

Another surprisingly interesting area for Syrah has turned out to be south-eastern Austria - in the hand of people like Netzl, Weninger and Gunter Triebaumer. But we haven't been able to secure some in recent years, as they sell it all to Vienna and Berlin.

Syrah is far from the easiest grape to cultivate. It has quite a high susceptibility to botrytis and mites and to an unknown disease which targets Syrah specifically ("I would too!" - Joelle). It also has a very short harvesting time when at full ripeness as it has small berries which tend to shrivel soon after that point. The slower ripening long season of the Swiss Valais is a boon when dealing with Syrah, giving a lot more ease at harvest time.

Syrah should not be confused with Petite Sirah, a synonym for Durif, a cross of Syrah with Peloursin dating from 1880. (We have one from Israel if you are curious)

Syrah produces wines with a wide range of flavour notes, depending on the climate and soils where it is grown, as well as other viticultural practices. Aroma characters can range from violets to berries (usually dark as opposed to red), chocolate, espresso and black pepper. No one aroma can be called "typical". With time in the bottle these "primary" notes are moderated and then supplemented with earthy or savoury "tertiary" notes such as leather and truffle.

There are a number of legends associated with the origins of Syrah, pretty much all of which have been disproven by the arrival of DNA testing. Despite this, they add a touch of romance to the grape. It was suggested that the grape came from the town of Shiraz in Persia (Iran), hence the use of that name in some countries. These legends differ according to whoever is telling the story but suggest the grape arrived in the Rhône in a few different ways - through traders bringing it to Marseilles (no evidence exists of any Syrah having been planted in that area), through a crusader bringing it back from the war (unlikely that he would have travelled as far as Persia from the Holy Land), brought to France by a Persian hermit, or brought to Gaul by Probus, the Roman Emperor.