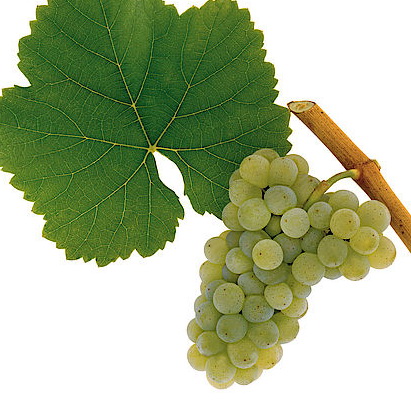 Sylvaner (or Silvaner), known in Switzerland as Johannisberg, is an ancient variety from Eastern Europe, introduced into Valais at the start of the Twentieth Century.

When produced with high yields, Sylvaner can produce a bland and uninteresting wine,. When yields are controlled, however, Sylvaner creates a crisp, minerally, flint-scented wine.

Above all, Sylvaner makes a sensational white wine for food. When young, they are also a much enjoyed Aperitif wine. Forget beer, have a Johannis!

Johannisberg can age magnificently! I have drank one from the 40s and it was fresh, rich, complex.

Despite originating in Austria, the bulk of the world’s planting of Sylvaner is in Germany. France has over a thousand hectares in Alsace and there are much smaller plantings throughout Europe. Outside Europe, very little Sylvaner exists with tiny amounts in New Zealand, Canada and the USA.

Sylvaner is a natural cross between Savagnin (Traminer) and Österreichisch Weiß, a rare grape from Vienna, and has existed for more than 500 years.

But should you read old texts about wine, please be aware that before our more rigorous era, Johannisberg was often a name for Riesling, and Riesling a name for Sylvaner... Up to World War 2 they were often confused with each other.