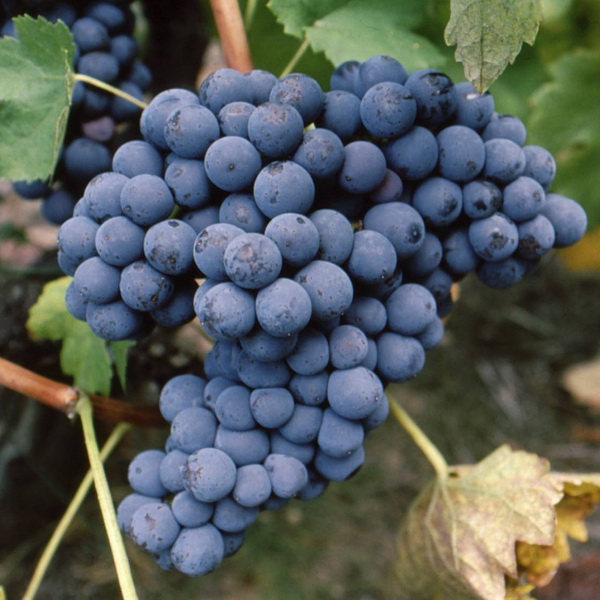 One of our "Dark Mysterious Strangers from the Alps"

Mondeuse Noire, or Gros Rouge, was once a highly planted variety in France and Switzerland (especially in Vaud and Geneva). However, the phylloxera epidemic in the 19th century almost wiped out Mondeuse Noire completely. Fortunately enough vines survived.

Savoie have in the last 20 years embraced Mondeuse Noire as their flagship red with increasing success, while Switzerland is slowly following suit, but it remains far less grown today than before.

Mondeuse Noire is a dark berried black grape which produces wines with well-balanced acidity and tannins. It's intense and a little wild. It has a deep purple colour and a pepperiness that seems to suggest that it is related to Syrah (which it turns out, it is). There are often bitter cherry notes and red fruits, especially plums.

We have examples from Savoie, France and Vaud, Switzerland.

The classic Mondeuse you are most likely to have encountered is made to be fairly dark and intense, very ripe. Both our Mondeuses from Jacquin are superb examples of that style from that warmest and sunniest corner of Savoie, Marestel. To complement them we chose the Saint Jean de la Porte from Philippe Grisard, which highlights the fruit and is a smoother, possibly more accessible wine. We then have a wilder, more natural version allowing tannins more expression by Raphael St Germain.

Pick one, Pick all, Enjoy!

PS: If you're not ready to pick yet, Mondeuse's family history is almost a soap opera - if "I'm not your son, I'm your father" was a soap opera plot... Syrah's grandma or Syrah's half-sister, the next big thing? Read a bit more about it below.

It does seem to have originated in eastern France and there is no mention prior to the eighteenth century, although one theory suggests that it is the ancient Allobrogica grape mentioned as early as the first century.

Mondeuse Noire is related to Mondeuse Blanche. At first they thought it was a mutation (as with Pinot Noir and Pinot Blanc) but actually, once DNA testing was used we found out they are parent/offspring (we do not yet know which is the parent and which is the offspring as we never found the other grape involved).

Therefore the grape is either a grandparent of Syrah or its half-sibling. This suddenly makes the name it has in the Jura, Grosse Syrah, a lot less strange.

It does have a lighter-skinned mutation often used for rosé wines - Mondeuse Grise. This had all but vanished, but it was identified in the nick of time by hero ampelographer Pierre Galet and has now been replanted in small patches for testing.

As you might expect if you know us, we just happen to be involved with the winemakers involved in these variety rescues and got to taste the first two test vintages rosé of Mondeuse Grise.

New research in Mondeuse Noire, Blanche et Grise are still ongoing and it is not impossible that the web of relationships will thicken ("not a mutation", take 2).