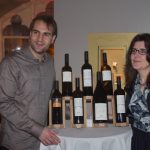 On Thursday March 19th 2015, we were welcomed by Anton Mosimann into his spectacular private club for an evening that will never be forgotten.

The "Celebration of Mature Vintages" ("La Nuit des Vieux Millésimes") is an annual one night festival in Switzerland, partnering Top Swiss Chefs with the best Swiss Winemakers to each create a dinner around mature vintages from the winemaker’s private reserve. It is a brilliant idea. I decided to convince the event to expand internationally to London, so this year there are 14 top restaurants in Switzerland, and one in London.

Robert Taramarcaz was my first choice for this first edition, one of the most celebrated winemakers of his generation. Everything he does is good to great - no exception.

And when you bring one of the best winemakers in Switzerland to London, where else would you go but to Mosimann's, created by the Swiss Chef who helped change English gastronomy forever. Currently headed by a young Swiss Chef, both together continuing to contribute to the London food scene through their wonderful cookery school?

Because the evening was focused on the older vintages we are unable to supply those particular ultra-rare wines. We have, of course, a selection of Robert's wines on the website and we would recommend you snatch them up and hide them in the cellar before anyone else does! You will find most of the wines we enjoyed in their more recent incarnations.

The wine was exquisite and the food matched it perfectly, especially the incredible Trout Mousse combined with the Euterpe. Just an astonishing taste sensation. 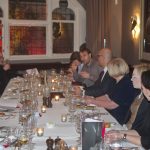 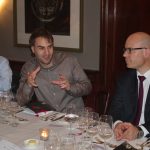 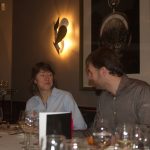 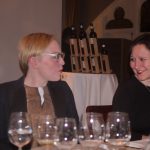 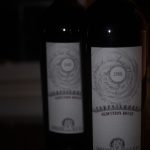 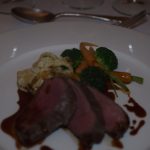 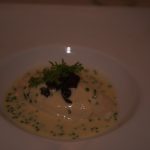 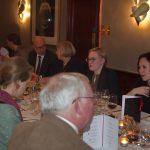 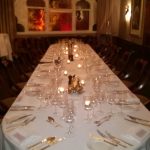 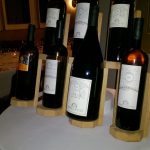 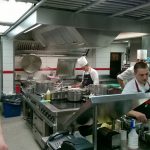 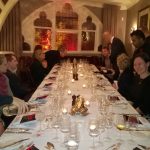 After tasting the wines Chef Jérôme Henry has devised a menu highlighting some of his Swiss favourites in a menu that is guaranteed to delight.

Robert Taramarcaz, at Domaine des Muses, is acclaimed, both in Switzerland and internationally, as one of the top winemakers in Switzerland. He astonishes with his ability to seemingly do everything well, winning numerous awards and distinctions across all of his range. Robert is offering us a unique opportunity to taste some of his outstanding wines from past vintages chosen from his private reserve.
Website: http://www.domainedesmuses.ch/

Anton Mosimann OBE is the son of Swiss restaurateurs from the Jura. Under his guidance as Maitre Chef des Cuisines, the Dorchester Hotel in London was the first restaurant hotel outside of France to be awarded two Michelin stars. In 1988 Mosimann opened his private dining club in a converted Presbyterian church in Belgravia and is now among the most prestigious private dining clubs in the world.
Website: http://www.mosimann.com

Jérôme Henry is a Swiss chef who has worked extensively in the United States and England. In 2010 he was named Head Chef of Mosimann's Club. Jérôme Henry is an inspiring chef exploring international flavours in the typical "cusine naturelle" style of Mosimann's but for our dinner he is cooking some of his favourite classic Swiss dishes, as he doesn't get to this very often in London.