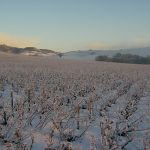 What makes a good vintage?

Generally speaking this depends on what you like. Taste, keep tasting, and taste some more (sorry...)

A typical year in Beaujolais should produce wines of medium body, aromatic and fruity, with complexity emerging over the years. If the year does not allow for good ripening they can be overly fresh. In years when there is plenty of sun and the grapes ripen early the resulting wines will have a lot more body - sometimes ageing fantastically sometimes growing tired. And sometimes vintages that begin not too interesting can evolve beautifully. It also depends a lot on the efforts of the winemaker - good choices, hard work, and a bit of luck, at times.

Warning: Gamay often has a couple "dull years" somewhere around 4-6 years old where it is muted, then it often rebounds. Don't give up too soon!

The past 20 years in Beaujolais - in short

1998. A wet spring, late frosts and hailstorm damage in June in some areas but a very hot latter part of the summer resulting in a successful typical vintage.

1999. In the end a truly good year although it seemed a bit touch and go at the time. These were exceptionally easy wines to drink and kept well - which is a rare combination. Very Good.

2000. This vintage got off to a good start with a warm spring. This however was followed by a rather poor summer leading many to fear it would be a poor vintage. However an excellent September gave birth to a really good vintage. September is often the saviour of vintages, you'll notice the theme.

2001. The previous vintage was always going to be a hard act to follow and the year did not allow for perfect ripeness everywhere. Many growers produced wines with a slightly lighter style than is typical. OK

2002. The weather was poor for much of the time. September was however an excellent month, which helped save some. The resulting quality depended on the rigour of the winemakers in their work. Not great.

2003. An extraordinarily hot summer and one of the earliest harvests ever. Very full wines of great concentration with lots of tannins and very high alcohol levels, but perhaps less fruity than in most years. Didn't always keep well. OK.

2005. A very good year, although it only became apparent that this would be so as the harvest approached (September to the rescue again!). High degrees of ripeness yielded wines which were highly concentrated with lots of fruit and also were highly coloured. Good.

2006. This vintage was a very mixed year climatically and did not get off to a good start. The overall result was an average vintage though the two we still had in 2016 were excellent and still going strong in 2018 (there's a reason we bought them).

2007. A generally good vintage producing high quality wines in most cases. Expressive, elegant and fruity, with ripe fully developed tannins and great texture. The crop was some 10-15% smaller than normal. People didn't think much of it but it aged very well.

2008. Not a great vintage and one which many growers will wish to forget, with the harvest starting 2 weeks later than normal. Very heavy grape selection helped competent growers make quite acceptable wines, though not quite as good as in 2007. OK.

Our 2008 vintages tasted better in 2013 than they did in 2011 and 2012 and still fine in 2019 but it will need drinking (except if you have Zaccharie or Lucile Maud or the like). We still have a minute amount of Brouilly which I think has peaked.

Is considered an extraordinary year for Beaujolais. "A miracle vintage", "one to clear your cellar for". A warm, sunny summer season followed by cooler temperatures and abundant sunshine throughout August and September were perfect for the region and allowed for a later harvest. These wines are fuller bodied than usual but with perfect levels of acidity and will age beautifully for many years to come. Great.

I bought a lot and still have a little in store in 2021. Still excellent and apart from one wine (no longer sold) all still have mileage in them, but there's starting to be bottle variation. Though the wines havent had a "dull" phase yet.

still have a little

A good classic year which would have been hailed if it wasn't between 2009 and 2011. The wines were more typically fruity than either 2009 and 2011 - a better choice if you want typical Beaujolais profile, even in 2021 - surprisingly well balanced still. Lovely is the word.

Another excellent vintage hailed historic, very similar to 2009 at first. The warmth of the year brought more ripeness and sugar which makes it less typically Beaujolais and a little bit "Rhône". Very Good.

I again bought a lot and still have a nice selection. In 2019 I felt the 2009 is developing better but in the meantime the 2011 seems to still be improving whereas the 2009 feels like it might be peaking. Make up your own mind.

A very tough year on the vines, with a cold winter, rainy spring, late frosts in May and a humid early summer. This caused a large amount of loss in the vineyards. The end of summer was perfect, allowing the grapes that had made it through to mature well. Quantities were low and many wines fairly light in body and colour. All our winemakers considered themselves lucky to have only lost between 25% and 40%. OK. We didn't buy a lot especially with so much 2009 and 2011 still in stock

Due to a very late cold and wet spring everything started about a month late. A good summer and a good autumn means the quality caught up. Quite a lot of sugar in the end. The Nouveau was excellent but the crus took a bit of time to emerge. Good, if you pick well. Not everything ages well. I bought from our stars for 2013 - Lacondemine Villages, Deschamps Villages and Brouilly, and Franck Bessone Moulin a Vent. I bought the Lucile Maud 2013 again in 2021 because it's ageing well.

Part of the summer was very wet, rescued by a lovely autumn. The wines are smooth and perhaps of darker colour than usual. The wines were perhaps a little too smooth making them unimpressive when tasted in 2015, still very closed.

I bought some Franck Bessone Chénas 2014 in 2017 because it was proving excellent - and still getting better. It's the only 2014 we have and it is gorgeous I wish I had more.

A perfect year that had the producers excited, but perhaps too warm to be classic Beaujolais. Wines had a high degree of ripeness and sugar which lead to worries it might be more 2003 (drink young!) than 2005. By 2019 ours were all "bombs" in an "impressive" rather than "ticking away" meaning. The wines are big and bold in 2021 for sure and I wish I had more. Bombs.

Except for the Nouveau and the Juliénas Vielles Vignes, I waited until 2017 to buy our selection of 2015 wines and topped up again in 2020 as some are just WOW - not the most typical but will shut up Gamay doubters, guaranteed. Everything Franck Bessone did was gold (and nearly sold out) but the Lacondemine and Deschamps also impress. But I didn't buy enough!

Early spring, and devastating hail in parts of the vineyard in May hitting Chiroubles and Fleurie. A challenging year needing a lot of work but the good stuff is very good, with the floral side of Gamay often coming out in force. Good, if you pick well, so best to know the producer (which we do). All tasting very nice in 2021.

Late start and some frost and hail which (again) hit Chiroubles and Fleurie most. A fantastic end of summer and autumn helped rescue the vintage which meant the grapes that had survived the spring were in perfect condition. Wines so far show good balance and lovely tannins but everything still tasted super young in December 2018 so time needed to tell. We got a few more in 2019 and 2020 again.

Not an auspicious start but then a dry warm summer with enough wind, drought, no illnesses lead to the most generous perfect typical year in memory. Perfect grapes and lots of them!

The Nouveau was well developed and concentrated - best ever until 2019 - with lovely tannins, which bodes well for the rest of the vintage, though some felt a bit heavy when tasting them in June 2019. Could be a bit like 2015 though I think 2019 will be more like it. We've stocked up on 10 very promising ones,

Quite a good year again, some losses due to weather (Brouilly and Cote de Brouilly) and the heat wave in the summer was challenging.

In general the Nouveau was in the "best ever" category, though the summer heat will probably affect the freshness and alcohol levels, depending on what choices the winemaker made in June and at harvest.

A nice year, COVID19 aside, although not as perfect as 2018. Côte de Brouilly was hit by weather again.

Wine producers had a lot of time to focus on their vineyards and with lower sales focused on wines to sell later than usual, which shows in the quality of the wines released in 2021, which is tradition and whites, mostly.

The Nouveau was very good but less concentrated than 2019.

Not many wines released yet as of August 2021, I stocked up on some whites with 2021 promising to have nearly no whites.

A monster of a year.

Yoyo temperatures, warm start, frosts and hail, then the wettest crummiest June and July in memory. Cote de Brouilly and parts of Beaujeu hit by frost and hail. Everywhere hit by mildew and black rot.

Lots and lots of work, but then from the 10th of August the weather was great and it saved the vintage. Very late harvest.

What's there is good but we are at 50-70% of normal depending on area. Probably will be a year where the quality of the winemaker makes a lot of difference. To be continued.