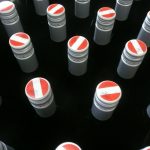 Now that the March edition of Decanter has been released, we can congratulate those of our winemakers who had wines in the top 40 list for Reserve reds from indigenous grapes. The list gives the scores and the order of the wines and we were intrigued by the wines that made the top 40 and those that did not. These are the ones that did:

The scores for these wines ranged from 89 to 87.

We had entered 14 wines into the tasting with varying degrees of expectation and the results left us somewhat bemused as their quality had led us to expect a somewhat different list and order.

Being ready to be proven wrong, we invited a few people to come and join us to taste through the wines we had entered. It was a blind tasting with the wines tasted randomly so a light wine could, and did, come directly after an oaked beast. The results were NOT similar to Decanter's but they also were not at all what we would have expected.

Having tasted and discussed the wines, each taster marked out of 20 and the wines ended up in the following order:

As you can see, our top 5 has none of the wines from the Decanter top 40. The big blends ended up at the top of our list, having failed to make it in the Decanter list. This is not what any of us expected!

Before we tasted, I would have expected my top 3 wines to have been the Plachen, the Anna-Christina and the Blaufränkisch Reserve. They all ended up as third equal in my personal scoring!

Selling blends outside major French regions is not as easy as it should be and, judging by these results, ought to be the wines people want. With less well known countries, like Austria, it seems that most people are looking for single varieties to learn what to expect from lesser known grapes.

Blaufränkisch and Zweigelt did equally well at Decanter and at Alpine Wines HQ with St. Laurent only showing well as part of the blends. This is a pity as it is a lovely grape and very much to the UK palate, especially when it is a few years old. I am sure that the Netzl 2014 will be much better by 2018.

Of the wines that we showed, only six are in stock and only two of those are the same vintage as in the tasting. Despite its poor showing in the tasting, the Blaufränkisch Cabernet 2014 is an excellent wine and, a few hours after (and the next day) had opened up to show its true character. This may be one of the biggest issues with tastings. Unless each wine has the opportunity to breathe and become what the winemaker intends, there is an element of hit and hope. For instance, Carignan will almost always come out on top of a tasting where the corks are pulled and the bottles poured, as will Tannat when against other Argentinian grapes. With these reserve wines, however, time is needed.

If you have not yet explored Austrian reds, I encourage you to do so. You don’t need to start with the reserve wines as there are plenty of others from which to choose. I recommend Christian Fischer’s Sankt Laurent Classic 2012, Gunter and Regina Triebaumer’s Blaufränkisch 2015 and Franz & Christine Netzl’s Zweigelt Classic 2013 as being the best wines to discover the three different Austrian grape varieties.

If you have any questions, simply email or call us.