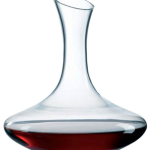 An open bottle will oxidise if left for half a day or so, sometimes less. Already oxidised wines like Vin Jaune can be kept for a weeks, as can dessert wines and fortified wines but most others fade in half a day to a day.

Air is the enemy

The enemy is oxygen in the air, it reacts with the wine, which changes the flavour. In the short term it can be positive, "aerating" the wine to more openness. After a while, the wine will acquire a savoury "marmitey" note. Note that the wine remains drinkable, it won't harm you, it just isn't the wine you picked anymore.

In theory there is nothing wrong with that flavour when it is chosen deliberately (as it is in some Jura wines, sherry etc.) but when it happens from exposure it is nowhere near as balanced or pleasant.

Approach #1 - slow down the air

Most quality wine will resist a day when kept cool, although totally sulfur free wine will usually change faster. Some wines change gradually whereas others will suddenly "flip. Acidity slows it down, as does high sugar. It is also far less noticeable in oaked wines, especially oaked whites.

Keeping the wine very cold slows down air circulation which slows down the effect.

Approach #2 - suck the air out

There are devices which extract oxygen from partially consumed bottles like the famous Vacuvin. These only help a little if you keep the wine very cool. I hear they work for some people but we gave up on ours. The vaccuum is very imperfect so you are only gaining a couple hours and it can affect the aromatics too.

The best thing we have found is inert gas - gas heavier than oxygen which creates an insulating layer so the air cannot get to the wine.

You have probably seen in wine stores these oenomatic machines. They use gas to preserve, pushing the wine out by pushing gas in. They are imperfect as you need to open the wine before putting it in, which means the protection does not last forever. Obviously this is a bit much for home.

The Coravin portable device, if done right, can preserve a bottle for months (I hear years, but the most I have tested it is 8 months). It is not cheap but if you like "just having a glass" of many different wines it can be well worth it. We love ours as it allows us to bring bottles to tastings without wasting them.

But it is a bit overkill for drinking at dinner. First it needs to be used carefully and you need to know up front that you will want to use it. It makes the pouring slower so the best way to use it to pour the right amount of wine (in our case half a bottle) into a small carafe.

Easier to use is the can of gas that can be "puffed" into an open bottle. We use Private Preserve and a canister of it lasts a good long while. It allows us to keep the opened bottles after a tasting event and enjoy them over the following week.

Always curious, I have backed the eto carafe on Kickstarter, which physically pushes out the air without using gas. I was hoping to get it before Christmas but this likely won't happen. I shall report on its suitability in due time.